Remy Cointreau took advantage of the exposure of the first China International Consumer Products Expo, held in Haikou, capital city of Hainan province, from May 7 to 10, exhibited its high-end products to Chinese consumers.

During the trade fair, the French spirits giant boosted the visibility of all its high-end products including iconic brands LOUIS XIII and Remy Martin in the Chinese market.

"As a fantastic travel destination in China with unique natural offerings and landscape, Hainan is also a fantastic place for business," said Nicholas Beckers, CEO of Remy Cointreau Greater China.

Since July 1 last year, the tropical island of Hainan, which is working toward becoming a global free trade port, increased its annual offshore tax-free shopping quota from 30,000 yuan ($4,664) to 100,000 yuan per person.

The range of duty-free goods it sells has expanded from 38 categories to 45, with imported spirits becoming a new one that can be sold duty-free in Hainan. The previous tax-free limit of 8,000 yuan for a single product has been lifted.

After receiving a corresponding license, Remy Cointreau China said it has witnessed booming sales in Hainan in both offshore duty-free shopping malls and non-duty-free consumption channels such as premium hotels, restaurants and bars. It will continue to increase the supply of products at those venues.

The company said its sales in China are expecting double-digit growth between 2021 and 2022. Demand has taken off since the COVID-19 pandemic was brought under control in the country. This is especially true since international travel remains stagnant.

Remy Cointreau said it is following closely the further development and regulations of Hainan to see if it can benefit from the new policies. The Chinese market has huge potential for the spirits industry.

With a wide range of categories in its portfolio of products, which includes cognac, whisky and champagne, Remy Cointreau China said its complete group of products can meet the sophisticated demands of consumers in different age groups and demographics in China.

Demand from an increasingly urbanized and high-income Chinese population and their evolving tastes are boosting spending on imported spirits.

China has become one of the fastest-growing markets and one of the largest markets globally in terms of revenue for the company. Remy Cointreau China has found that Chinese consumers particularly like high-end and high-quality consumer goods.

Remy Cointreau China mentioned that Chinese consumers prefer products at high unit prices or total value and positioning. Besides, they also take seriously on brands' storytelling. They are eager to explore the heritage and purpose behind them.

"The younger generation of Chinese consumers is key to us as well, because they express themselves through consumption and they more prefer high-quality products. They are interested in new experiences and products in limited editions with some touches. The trend has encouraged us to create more limited editions to meet their expectations," Beckers said.

Remy Cointreau said China, a strategic market for the company, has become even more important. China is one of the few markets that achieved gross domestic product growth last year in the world, and it is a market where luxury brands enjoy outstanding sales and momentum.

"We have seen an emerging trend of cocktails, and we're happy that two of our hero brands－Cointreau Liqueur and Botanist Gin－have been very popular among young consumers. Cointreau especially, is a cocktail base for many popular drinks, and it is the base liquor for famous cocktails like a Margarita," Beckers said.

"We have also seen huge demand for single malt whisky, which is made from malted barley and distilled for more than three years from a single distillery, and our signature brand Bruichladdich, offers a variety of options for whisky lovers from heavily peated to non-peated whiskies, including the world's most heavily peated whisky Octomore," he said.

The company will launch its new champagne brand J. de Telmont in July. It is one of the last independent family-run estates in the Champagne region. They are close to the land and people, and take an uncompromising approach to working vines, according to Remy Cointreau.

Remy Cointreau China is expanding its direct relationship with customers. It is expanding its network of LOUIS XIII in China to provide more opportunities for customers to experience the products and know the stories behind them.

The company is betting on China's rapidly growing e-commerce market, and plans to seek potential partnerships with Chinese emerging social media platforms, in addition to its current cooperation with major e-commerce platforms Tmall and JD, where its independently operated online flagship stores offer diverse categories of spirits, including some limited-edition products.

Remy Cointreau China started its e-commerce business in China six years ago, which was relatively earlier than its competitors. It has developed multiple e-commerce channels and continues to upgrade its online and offline channels of logistics and supply chains, and expand the size of its e-commerce team in China.

The company also plans to conduct more livestreaming sessions online to educate, teach and promote its products with the recommendations by anchors and key opinion leaders.

It would like to increase interactions with viewers during livestreaming sessions and learn more about the demand of consumers to leverage the multibillion-dollar livestreaming market in the country.

Unlike overseas markets, the market scale of e-commerce business in China is huge and the model has been more flexible.

Despite imported spirits still making up for a relatively smaller proportion of the alcohol market in China, Remy Cointreau China is bullish on the growth potential in the country as young Chinese consumers have shown a growing appetite for imported spirits.

Remy Cointreau China displays all of its iconic brands at the first China International Consumer Products Expo in Hainan province from May 7 to 10. 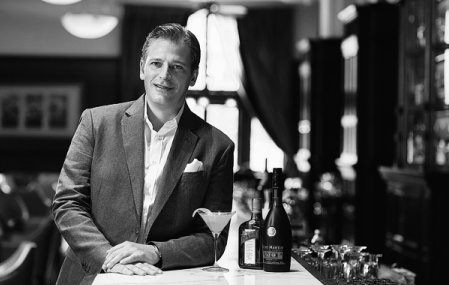