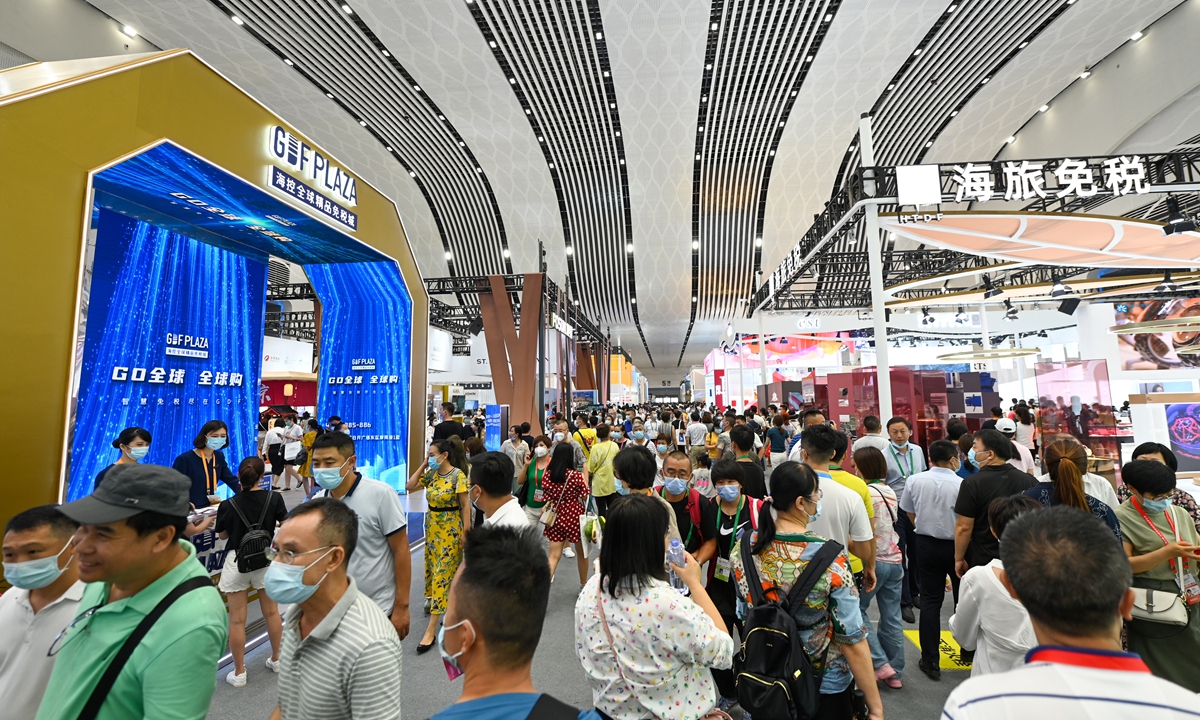 The free trade port (FTP) in South China's Hainan Province, will revise its tax policies, including simplifying and combining different taxes and offering tax refunds for goods from the Chinese mainland, according to a draft of the Hainan Free Trade Port Law being reviewed by the NPC Standing Committee for the third time on Monday. When the FTP is fully built and operating, taxes and fees such as the value-added tax, vehicle purchase tax, urban maintenance and construction tax, and education surcharge will be combined, and a sales tax will be levied on retail goods and services.The draft law addresses the arrangements for tax refunds for goods from the Chinese mainland. Value-added tax and consumption tax will be refunded for such goods to avoid tax disparities, and to ensure fair competition between goods from the mainland and those from foreign countries.Simplifying the tax system is one of the key segments in building the FTP in Hainan, Zang Tiewei, a spokesperson for the Legislative Affairs Commission of the National People's Congress (NPC) Standing Committee, said at a press conference on Friday. The draft also included provisions for establishing policy and institutional systems for the FTP through a series of measures, to realize the free and convenient exchange of trade, investment, cross-border capital, personnel and transportation, as well as to achieve secure and orderly data transmission.It also improved regulations on ecological and environmental protection, including making an environmental access list, preventing alien species invasion, and achieving sustainable economic development.Such moves will increase the openness of the FTP, Bai Ming, deputy director of the international market research institute at the Chinese Academy of International Trade and Economic Cooperation, a think tank under the Ministry of Commerce, told the Global Times on Monday. The construction of the FTP in Hainan, China's largest special economic zone, is a major move for the country to boost high-level opening up, and a practical action in supporting globalization and building a community with a shared future for mankind. A total of 11 key industrial parks are being developed into demonstration zones for the construction of the FTP, the Xinhua News Agency reported. In 2020, the 11 key parks had total revenue of 506.78 billion yuan ($79.36 billion), up 49.8 percent year-on-year, and total tax revenue of 39.54 billion yuan, up 13.3 percent year-on-year.